Posted on December 20, 2012 by lostchildrenofsyria 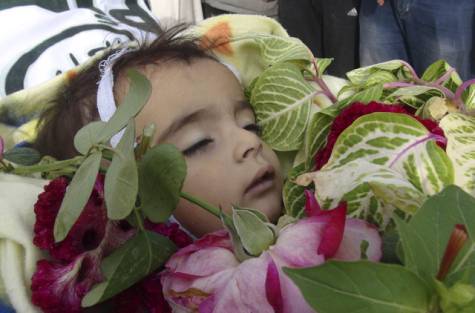 Mustafa Al Syeed, who died in airstrikes on Maaret al-Numan

Syrian government fighter jets killed 23 children in the village of Maaret al-Numan in an airstrike in October 2012.

Among those who died on Thursday died was a nine-month-old baby. According to correspondents, one child was decapitated while the body of a second, still on his bicycle, was pulled from the rubble.